Once upon a time, Motorways was the biggest carrier in Canada.

The company that became Canadian Motorways started as Hill the Mover of Hamilton, Ontario. Over time, through acquisition, the company grew into Hill Motorways, servicing freight and household goods throughout Ontario and southern Quebec. They expanded west by purchasing the jointly owned Soo Freight and Security Van Lines, creating Soo-Security Motorways. In the late 1950's, the company became known as Canadian Motorways and was purchased by British Electric Traction. Throughout the 1960's and 1970's the company grew through numerous acquisitions, with operations by 1985 spanning from Vancouver Island to Quebec City and even included terminals in Seattle, Minneapolis/St. Paul and Buffalo. They were acquired from British Electric by Federal Industries, who merged into them the road freight operations of the otherwise shut down White Pass & Yukon Railway, including a terminal in Whitehorse. They purchased Direct Transportation System (better known as Direct Winters Transport) and briefly rebranded as Motorways Direct. Then in 1989 they bought Kingsway Transport, becoming the largest carrier in Canada. This is when it all went wrong. Deregulation happened, with Canada finally joining the US. And virtually overnight freight between eastern and western Canada dried up. As express service (even courier!) between Toronto, Montreal and points west was Motorways' specialty. Now, all the money was being made along the Windsor-Quebec City corridor where Kingsway was better known. In 1992 Kingsway Transport, along with operations from Thunder Bay East, were sold to Quebec-based Cabano Transport, creating Cabano-Kingsway (the beginning of what would become today's TFI International) who agreed to interline with Motorways in Thunder Bay. This didn't help, and in 1993 Motorways was shut down for good, having suffered a drop in profit from $300,000,000 in 1989 to $50,000,000. At this point, maintaining terminal operations in remote locations with less traffic became unprofitable, rendering most of Motorways' network hopeless. Much like the bankruptcy of Consolidated Freightways nearly a decade later, much of what was once Motorways' vast direct-service network remains in use today by carriers that grew to fill in the empty space left behind. Purolator owns the former Toronto break bulk, while Kindersley Transport owns the former Regina terminal. Even in the middle of nowhere along BC Highway 3, Rosenau Transport occupies what was once a Motorways EOL. Their distinctive yellow and black trucks, with a big black M on the door, might be long gone. But some of their distinctive silver and yellow trailers can still occasionally be found in the wild, used as storage. And people do remember them, even if only a little. 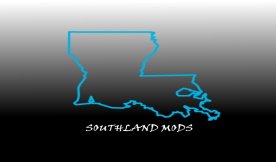