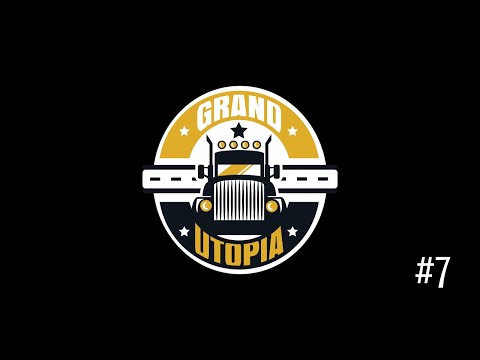 Grand Utopia is a fictional island inspired of France 🇫🇷 I want to give to virtual truckers of Euro Truck Simulator 2 a new driving experience. I want you to be astonished by the different scenaries along the roads and also to feel like if you were driving into real places. In that project, I only use SCS Software's base items. The only exception is for some prefabs, from Custom Company mod, created by Kirrou.The project is still in progress.You may face some mapping mistakes, some bugs, but I do my best to correct them between each updates. The best way to report a bug to me is to use the contact forms on the website (www.grandutopia.fr).

🔰 I'm a 28 (30 now xD) years old guy from France and I like to do creative stuff. I discovered the ETS2 editor a few years ago. Grand Utopia is my first serious map project and represents now about 4 000 hours of mapping. I hope I could create more maps in the future ! In fact, I'm thinking about splitting up so I can have more time in a day I also want you to know that some few parts of the map are created by Adri, an other french mapper. For now, he made Castelnoir, La Palmyre, Sainte-Agnès and Gravouland. Thank you Adri for your work. Finally, I also thank every people who helps me creating that map.

If you like my map mods, you can support me and my projects by joining my Patreon Family ! Recieve a special attention and exclusive benefits. Find more information on my Patreon page.

Enjoy the map, and don't forget to have fun !

🔰 Here are some video tutorials about how to install the map for a first time use : ➤ ENGLISH ➤ FRENCH ➤ SPANISH To update your game when I published an update, simply replace the old grandutopia.scs file with the new one in your mod folder.