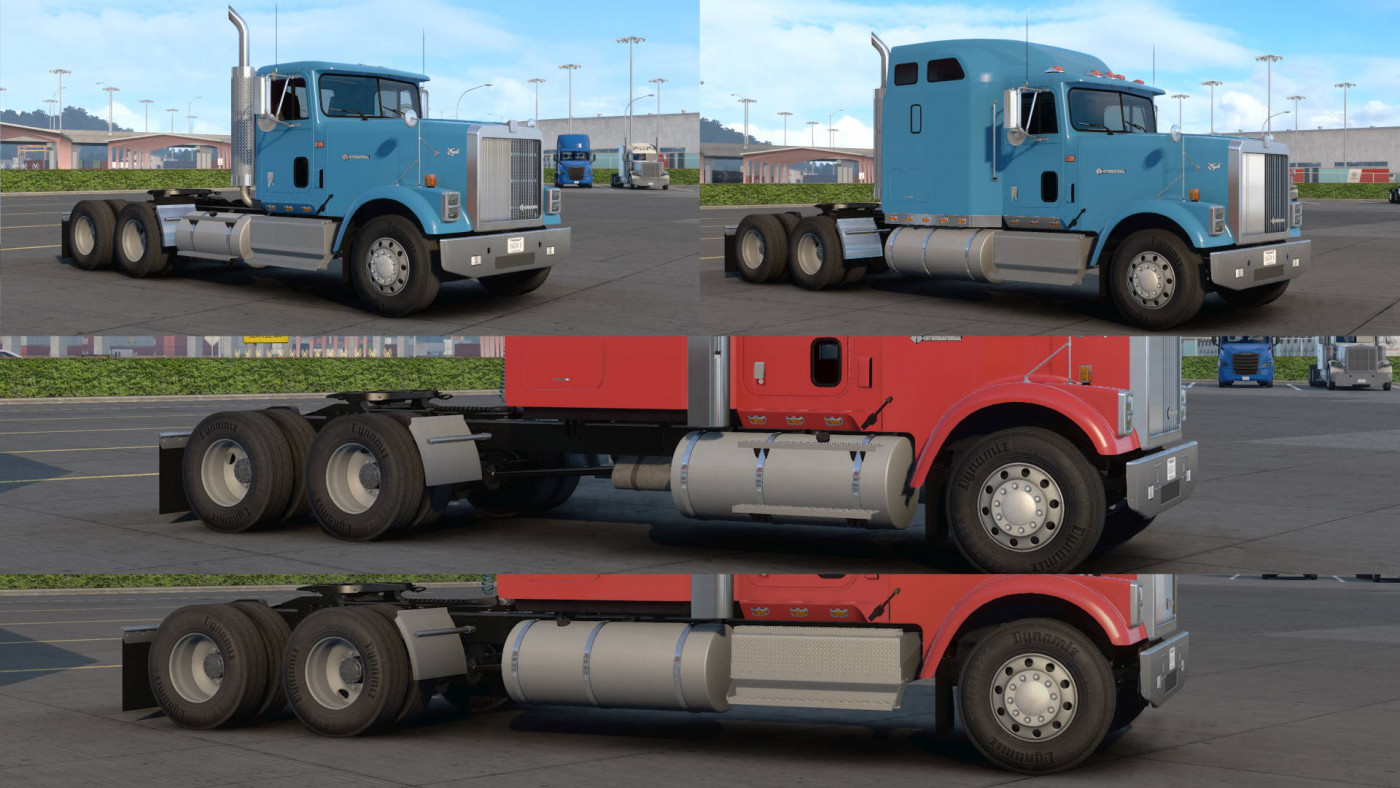 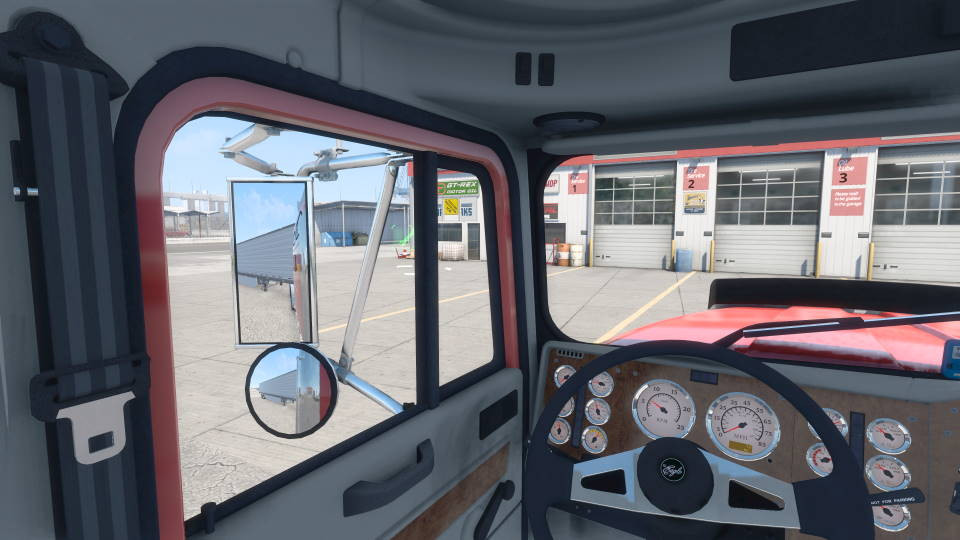 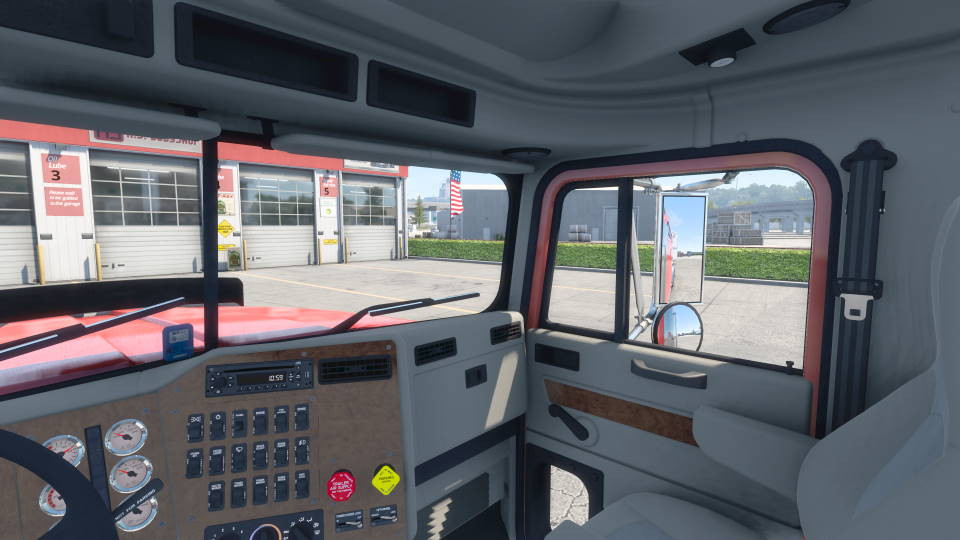 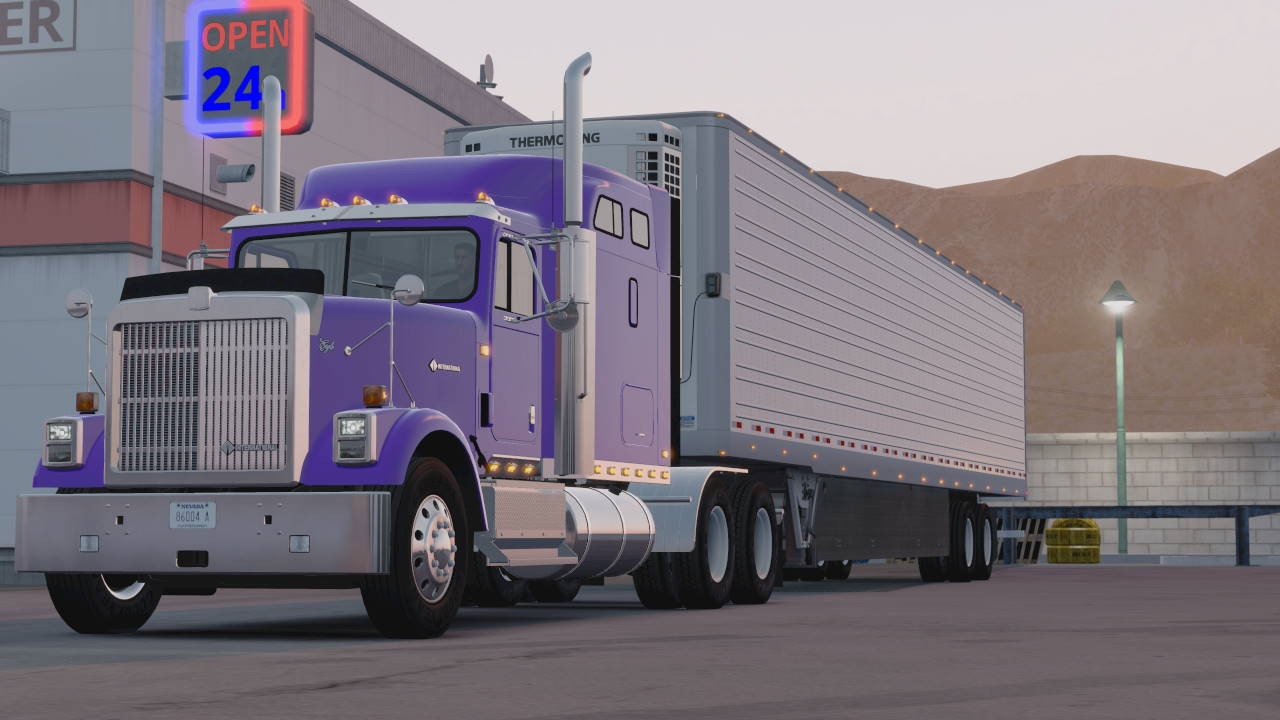 I replaced some of the truck's parts with my own models. Including the hood, cab front, visors, mirrors, battery boxes.

The interior remains mostly the same as the 9900i, minus the adjustments necessary for it to fit the new cab shape. Those would be new door models, and new upper dash. I have not used any references for those, they're improvised.

We Stand With Ukraine Skin for ATS