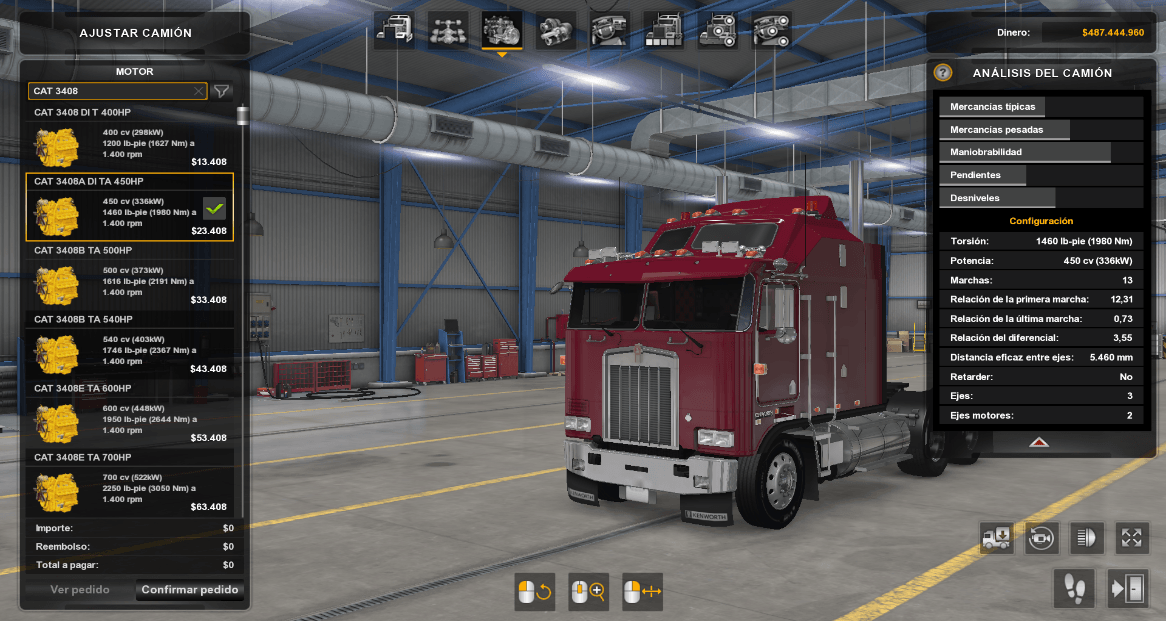 This mod has the sounds of a Caterpillar, model 3408 V8 eight cylinder engine, with the most realistic torque measurements possible. It contains the electronic ignition of the engine.

Adapted to versions 1.39 and later made in FMod, according to SCS requirements.

You will find seven horsepower options for this engine ranging from 400HP up to 800HP. It also includes a 15 speed compound transmission with 6 final drive ratio options (from vanilla 3.23 up to 4.63)

Please do not change in the mod data, or it may cause game errors. If you know how to modify them, you are at your own risk and expense, and don't share it with anyone other than yourself.

Available for the following trucks:

Note: This mod does not bring the jake brake as such, instead it has a unique Caterpillar brake system known as "Brakesaver", which works as a retarder and helps compress the engine when braking.