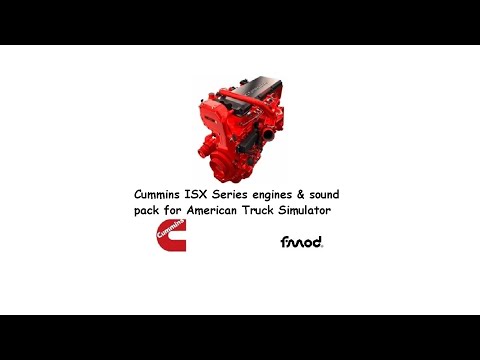 It has three variants: Stock, Open Pipes and Straight Pipes.

In the file attached to the mod, "Truck Support Listing", it contains the list of trucks that the mod supports.

Two sound variants are based on Kapitan Kriechbaum's audios and another two from Odd_Fellow, adapted according to use of mods prior to 1.36 ATS.

The sounds of the Cummins ISX Signature are based on the sounds of Kapitan Kriechbaum for the 2015 versions of Euro Truck Simulator 2, and they are present in all the trucks on the list.

Tested on American Truck Simulator in versions 1.39 to 1.45 per FMOD guidelines.